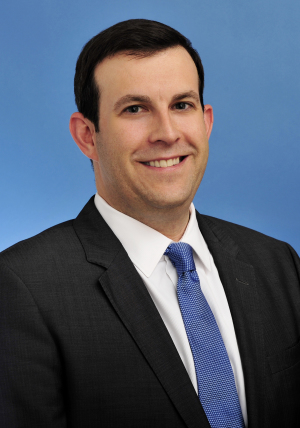 Andrew is a partner at Jenner & Block, where he is a member of the firm’s Litigation Department. He came to the firm in 2003 after graduating from the University of Illinois College of Law with honors and serving a PILI Fellowship at LAF.

Andrew co-chairs Jenner & Block’s Pro Bono Committee, and has dedicated more than 5,000 hours to pro bono matters. In one case, Andrew co-led the Jenner & Block team that recently received the Distinguished Service Award from the Korean American Bar Association for obtaining a jury verdict of not guilty for Hyungseok Koh in a high profile murder trial in Cook County that involved important issues of language and cultural differences. Andrew was also a member of the Jenner & Block trial and appellate team that worked with the Center on Wrongful Convictions to represent Juan Rivera, who had been wrongfully convicted in Lake County, and following a successful appeal, was released after spending 19 years in prison.

Andrew is frequently recognized for his commitment to the community, pro bono work, and the organized bar. He was awarded the Albert E. Jenner, Jr. Pro Bono Award and the CBA/CBF’s Maurice Weigle Exceptional Young Lawyer Award, and has earned recognition from the Tibetan Alliance of Chicago, the Australia Bar Association, and the Constitutional Rights Foundation Chicago (CRFC). He was profiled in a 2012 National Law Journal article naming Jenner & Block to its “Pro Bono Hotlist.”

Andrew currently chairs the CBA’s Federal Civil Practice Committee, and serves on the Board of Directors for the ISBA Journal, the CRFC, and the Center on Wrongful Convictions at Northwestern Law School. He previously served on PILI’s Board of Directors. He is also a member of the Illinois Supreme Court’s Criminal IPI Committee. Together with Tom Sullivan, Andrew frequently writes and speaks on issues related to criminal justice issues, and has testified before legislative bodies across the country on these topics.

Andrew received a BA in history from the University of North Carolina at Chapel Hill. He recently founded the Henry Owl Scholarship Fund, which recognizes Henry Owl, the first person of color to be admitted and graduate from UNC, and provides funds to need-based undergraduates majoring in American studies at UNC.

Learn about the recipients of PILI’s other 2014 Awards »