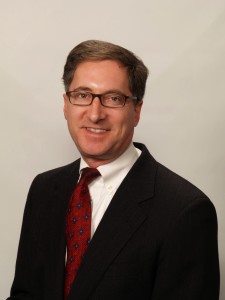 As the Deputy Public Guardian in charge of the adult guardianship division of the Office of the Cook County Public Guardian, Charles Golbert has made public service a focal-point of his career for the past 23 years.  He oversees all aspects of the office’s guardianship services for its 800 adult wards with disabilities, including legal and social services and management of nearly $100 million in collective ward assets. His current work echoes the work he did as a PILI Fellow with the Office of the Cook County Public Guardian and the firm now known as Katten, Muchin and Rosenman. His Fellowship offered him a more robust understanding of the Juvenile Court system, including researching and writing appellate briefs. “I had the opportunity to use a 711 license to represent children in abuse and neglect proceedings,” Charles says of his PILI Fellowship.  “I sued the Department of Vital Statistics to establish a legal identity for a foundling child….After about a year of litigation, we won the case and obtained a legal identity for this child.”

After completing his PILI Fellowship, Charles continued his public interest work, first at Katten, Muchin and Rosenman, then returning to the Public Guardian’s Office as a staff attorney serving in a variety of roles.   Prior to his appointment as the Deputy Public Guardian, Charles was the head of the Public Guardian’s appellate division, successfully litigating and supervising hundreds of appeals in the Illinois Supreme and Appellate Courts.  In these positions, Charles has represented children and adults with disabilities in both state and federal court and the appellate courts.  Advocating for and representing people with disabilities includes a wide variety of matters, including abuse and neglect proceedings, civil rights actions, institutional reform class action litigation, contested guardianships, financial exploitation lawsuits, and policy and legislative matters.

In addition to his public interest law career, Charles also teaches elder law at John Marshall Law School and has authored or coauthored about 18 published law journal articles.  He has advocated for children and persons with disabilities at every level of local, state, and federal government, including the White House.  “I have also strived to stay active in PILI through the Alumni Leadership Council, most recently as its liaison to the PILI Board of Directors,” he says.

Charles’ commitment to public service extends to a variety of volunteer opportunities outside of his public interest law career. “I was a regular cook at the Inspiration Café for about a dozen years, and have served on their programs board, advisory board, and art auction planning committee,” he says. Charles incorporates his love of running and cycling into his charitable work: “I completed about a dozen multi-day charity bike rides in different parts of the country ranging from 175 to 575 miles that have raised around $10,000 for various charities such as HIV/AIDS research and services, respiratory health, and pediatric medical care.” Charles’ charitable work also extends to the art and culture sector, where he recently joined the board of directors at the Oracle Theatre.

Charles credits his PILI Fellowship for introducing him to a career in public interest law. “It’s fair to say that I owe my career to PILI,” he states. “My first opportunity to work at the Public Guardian’s Office was through my PILI Fellowship. I would probably never have worked at the Public Guardian’s Office if not for the opportunity afforded me to do so through PILI and Katten, Muchin and Rosenman.”

Charles’ commitment to public service work in both his professional and personal life comes from a desire to advocate for the needs of the abused and neglected.  His unique combination of skills, experience, education, and interests has helped him build his career in a way that makes a difference. Charles explains that his PILI Fellowship provided him with the vital experience necessary in “appreciating how rewarding it is to represent children and people with disabilities.”

Charles is also excited to announce that he has recently gotten engaged to Rachel Einwohner, a sociologist at Purdue University. PILI offers a heartfelt congratulations to Charles and Rachel!