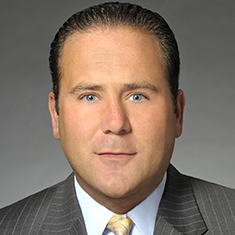 The national head of Katten Muchin Rosenman LLP ’s Corporate practice is making pro bono service a priority for himself and for all of the attorneys in his practice group. Mark Grossmann, who assumed this leadership position two years ago, understands first-hand the powerful difference pro bono work can make for lawyers and for the clients they serve. Mark’s own pro bono roots go back to 1997, when he served as a PILI Fellow, sponsored by Katten, at Loyola University’s Community Law Center. “One of the things that attracted me to Katten was their commitment to pro bono and the fact that they offered this Fellowship Program,” Mark recalls. He said his PILI Fellowship gave him the opportunity to work directly with clients on a wide range of issues. “I had just gotten out of law school and I was being given a lot of responsibility,” he says. “It was a great educational experience and also a great way to give back to the community.”

Pro bono work and community service continue to be important for Mark today, as an attorney and as a leader. “When Mark was named head of our Corporate Department, one of the first calls he made was to me, to tell me that he planned to launch a formal effort to engage more Corporate Department attorneys in pro bono work,” says Jonathan Baum, Katten’s Director of Pro Bono Services. “He followed up shortly thereafter by tasking a Corporate Department partner with recruiting attorneys in that department for pro bono service. A lot of people were surprised, but I wasn’t, because I knew of Mark’s PILI roots.” Mark says that people have been widely receptive to this emphasis on pro bono and have found the work to be rewarding. “All I need to do is let people know in meetings that they need to be doing pro bono work and that I’ll be paying attention to whether they’re doing it,” he explains. “There are so many ways for transactional attorneys to make a difference with pro bono work.”

As a firm, Katten has long been a leader in prioritizing pro bono work to its attorneys. “We give them 100 hours of credit towards their billable hours to do pro bono work,” Mark says, adding that management can approve more if they see fit. But what really motivates pro bono involvement is the fact that people enjoy doing it. “The reality is that once they start, they’re proud of their work and rewarded by their engagement, and they want to keep doing it on their own.”

This commitment to pro bono has not gone unnoticed by the larger community and has even helped Katten distinguish itself to its clients. In a recent example of this, one of Mark’s clients, the General Counsel of SP Plus (f/k/a Standard Parking), came to him with a potential pro bono case. The case involved a single mother whose landlord was trying to wrongfully evict her and her young son. In a letter to Katten’s National Managing Partner, the client explained that though this woman had a number of viable defenses to the eviction, she fell through the cracks of the legal aid system and was unable to obtain a lawyer. “Simply stated, she could not afford to pay an attorney and feed her children,” the client explained. This is where Katten stepped in. Mark connected his client with Jonathan, the Director of Pro Bono, who put together a team of attorneys to represent this woman and win her a favorable verdict. The client was overwhelmed by Katten’s commitment and effectiveness in this matter. “This small case, entrusted to a group of your young attorneys, did more to demonstrate and impress upon me the integrity of Katten Muchin and the professionalism of the training that your young attorneys undergo then any marketing brochure you could ever conceive or waste your money on,” Mark’s client wrote. “Keep up the good work and never underestimate how vital your pro bono work is to your clients and our system of justice.”

For his part, one of Mark’s personal community service priorities is Public Allies, a national nonprofit with a Chicago chapter where Mark serves on the board of directors. Mark describes Public Allies as an apprenticeship program for nonprofits, through which people spend time working at a nonprofit, gaining job skills and experience and building a professional network. It’s a concept that’s not unlike PILI’s own Law Student Internship Program, with the nonprofit benefiting from the extra help and the “ally” benefiting from the job training and experience. “What I like about Public Allies is how efficient it is,” Mark says. “Everybody benefits.”

Mark’s commitment to service stems from a deep understanding of his own good fortune and his capacity to make a difference, something he hopes to impress upon other attorneys as well. “I’ve worked hard in my career, but there has been a lot of good fortune involved as well,” he says. “I feel a responsibility to give back to the community and give to others who maybe didn’t have the same opportunities and good fortune that I had.” More than this, Mark feels that supporting a healthy pro bono practice at Katten is part of what has made him successful. “There are different ways to measure success,” he explains. “We always think of financial measures, but fulfillment is important too. Doing pro bono work is what helps me feel fulfilled as a lawyer.”