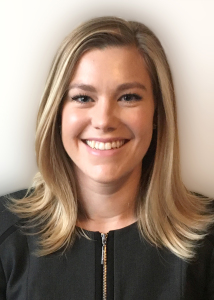 PILI is excited to welcome Marlow Svatek to the Alumni Network Leadership Council as the 2017 Graduate Fellow Alumni Representative. PILI appoints one Intern and one Fellow every year from the most recent class to serve on the council for a two-year term.

Marlow is currently working as a law clerk for Judge Joel M. Flaum on the U.S. Court of Appeals for the Seventh Circuit. She is a double PILI, having been the Florence E. Miller Memorial Intern at the National Immigrant Justice Center in 2014 and a Graduate Fellow at the ACLU of Illinois in 2017, sponsored by Sidley Austin.

“I feel incredibly honored to have had the opportunity to advance the mission of both of these organizations in some small way,” says Marlow.

As a Law Student Intern, Marlow enjoyed working with her clients from West Africa since she had served in the Peace Corps in Burkina Faso for two years. She became conversationally fluent in French and Bambara, and surprised a client from Mali by greeting her in her native language. “Her entire face lit up!” remembered Marlow. “I felt like my past life in Peace Corps and my current life as an attorney had merged.” She continued assisting NIJC with interpretation after her Internship ended.

Additionally, Marlow participated in numerous other public interest law activities at the University of Chicago Law School. She conducted legal research and writing for the school’s International Human Rights Clinic, she represented domestic violence victims through the Legal Aid Society, she helped an Iraqi man obtain a special immigrant visa through the International Refugee Assistance Project (IRAP), she represented indigent criminal defendants in federal court through the Federal Criminal Justice Clinic, and she worked at the ACLU of Northern California in San Francisco. For her service, she received her school’s 2L Public Service Award and the Ann Watson Barber Outstanding Service Award, which is given to third-year students who have made an exceptional contribution to the quality of life at the law school.

After graduating with honors, she clerked for Judge Jon S. Tigar on the U.S. District Court for the Northern District of California in San Francisco. Upon returning to Chicago, she did her PILI Fellowship at the ACLU of Illinois. She plans to start as an associate in Sidley Austin’s commercial litigation group this fall after finishing her clerkship.

In her position on the Alumni Council, Marlow wants to give back to other PILI Interns, Fellows and Alumni. “This early exposure sparked a commitment to public interest law and pro bono service that continued through my law school career and beyond,” she said. “I hope to create opportunities for other PILI Alumni to stay connected to this network long after their placement ends.”

Even though she can’t practice law in her current position as a law clerk, she knows she will maintain a pro bono practice when she’s at Sidley, “As lawyers, we represent an extremely privileged segment of society,” she said. “With that privilege comes the responsibility to use our skills to better our communities and our world.”