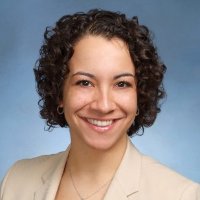 While Colleen Bisher-Fry has a strong career in public interest law, she wasn’t always sure this was where her path would lead. In fact, without her PILI Internship at Cabrini Green Legal Aid, things could have gone very differently.

“I was so thankful to receive a PILI Internship with CGLA because I would not have been able to afford an unpaid internship,” said Colleen. “The grant allowed me to take the Internship and afford to live! Had I not received the PILI grant, I likely would have interned at a firm. That could have changed my entire career path, and I may not be in public interest law today.”

Colleen interned at CGLA in 2009, where she interviewed potential clients, conducted legal research, wrote motions and represented clients in housing court. Her most memorable experience was representing a woman with four teenage sons who lived in subsidized housing and was facing possible eviction. When the court denied the Chicago Housing Authority’s Motion for Eviction, Colleen’s client was overjoyed. “She cried and hugged me and thanked me for helping her and her family,” remembers Colleen. “It was truly a special moment for me that reinforced my desire to have a legal career in public interest.”

After she graduated from Chicago-Kent College of Law in 2010, Colleen went on to work as an Assistant Attorney General within the Consumer Fraud Bureau. She was a Civil Prosecutor and represented the State of Illinois against businesses and entities that were accused of defrauding customers. In 2013, she began working at the Cook County Public Defender’s office as an Assistant Public Defender. She was placed in the traffic division, where she still works and represents indigent clients on a variety of misdemeanor traffic charges. She has completed nearly 40 bench trials and two jury trials.

Spending so much time in court wasn’t always something Colleen was sure she could do.

“Prior to my PILI Internship at CGLA, I had very little confidence in my ability to be a litigator,” Colleen admits. “I knew that I wanted to do trials, but my nerves would get the best of me just thinking about it! Interning at CGLA was my first opportunity to be in court, standing before the bench, asking for dates and arguing motions.”

Her experiences as a PILI Intern gave her the confidence to try out for Chicago-Kent’s Trial Team, then the National Trial Team, and now work as a trial lawyer. “It was truly a dream come true.”